In the 1630's tulips became so popular in the Netherlands that single bulbs could fetch the florin equivalent of tens of thousands of dollars. That bubble burst after a few years but tulips remain one of the most popular flowers. The tulip images here were found growing at the Bartlett Arboretum in Belle Plaine Kansas and at the Botanical Garden in Wichita Kansas. All were give a painterly look using software from Topaz Labs and Akvis. 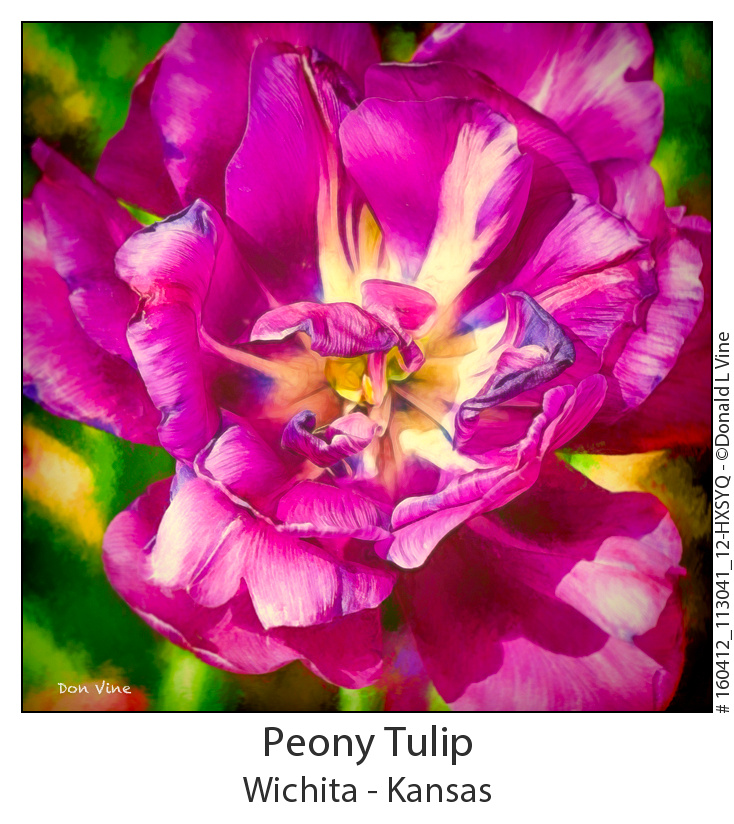 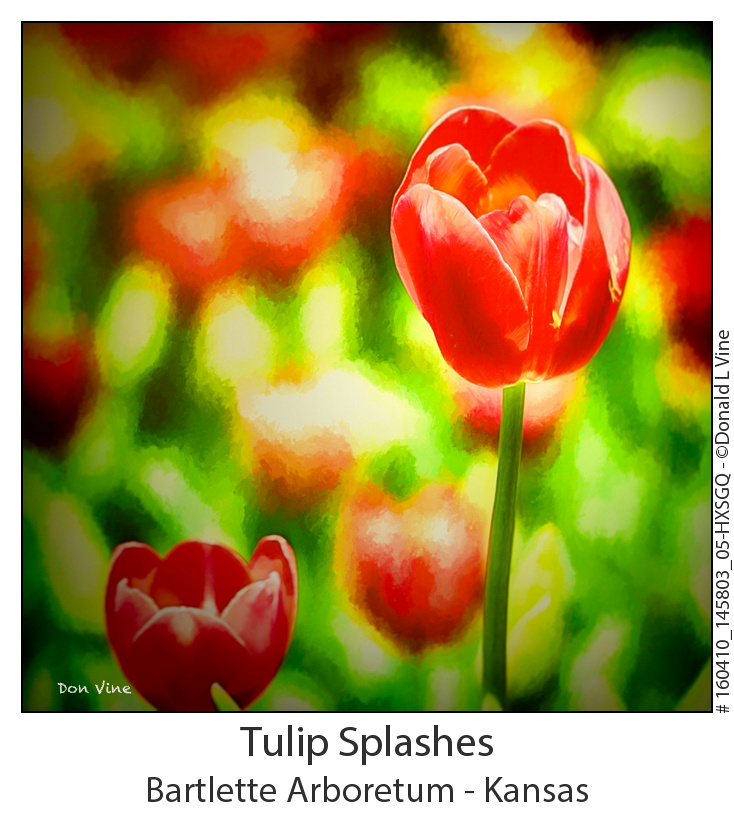 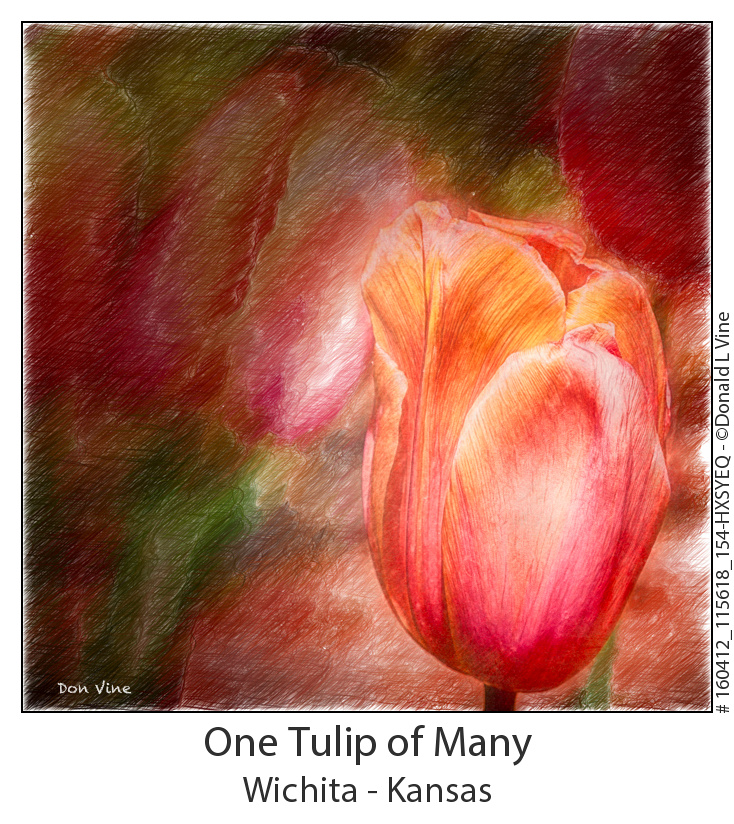