This magnificent beast was seen at the Miami Zoo.

The wild tiger population appears to be about 3,200 to 4,000 individuals divided into five or six sub-species. As their habitats are encroached upon, their chances of long term survival in the wild diminishes. 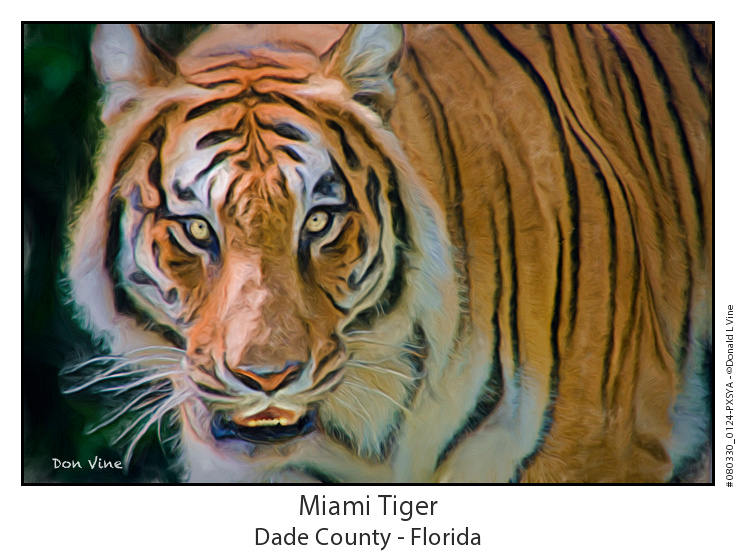 Then there is the problem of poaching. Tiger parts are popular in traditional Chinese medicine. The bones, for instance, are used in the preparation of wine that is openly sold in China to those who can afford it.

In spite of threats to their survival, tigers are not expected to become extinct.  In China, 5,000 tigers are estimated to exist on farms where they are raised for their body parts. In the United states many more than 5,000 are estimated to live in Zoos and in unaccredited "backyards" of private individuals.

Nevertheless, it appears the medicinal "value" and prestige of owning or using farmed tiger parts is less than that of wild tiger parts. For this reason many believe the availability of farmed animal parts incentivizes poaching rather than reducing it.